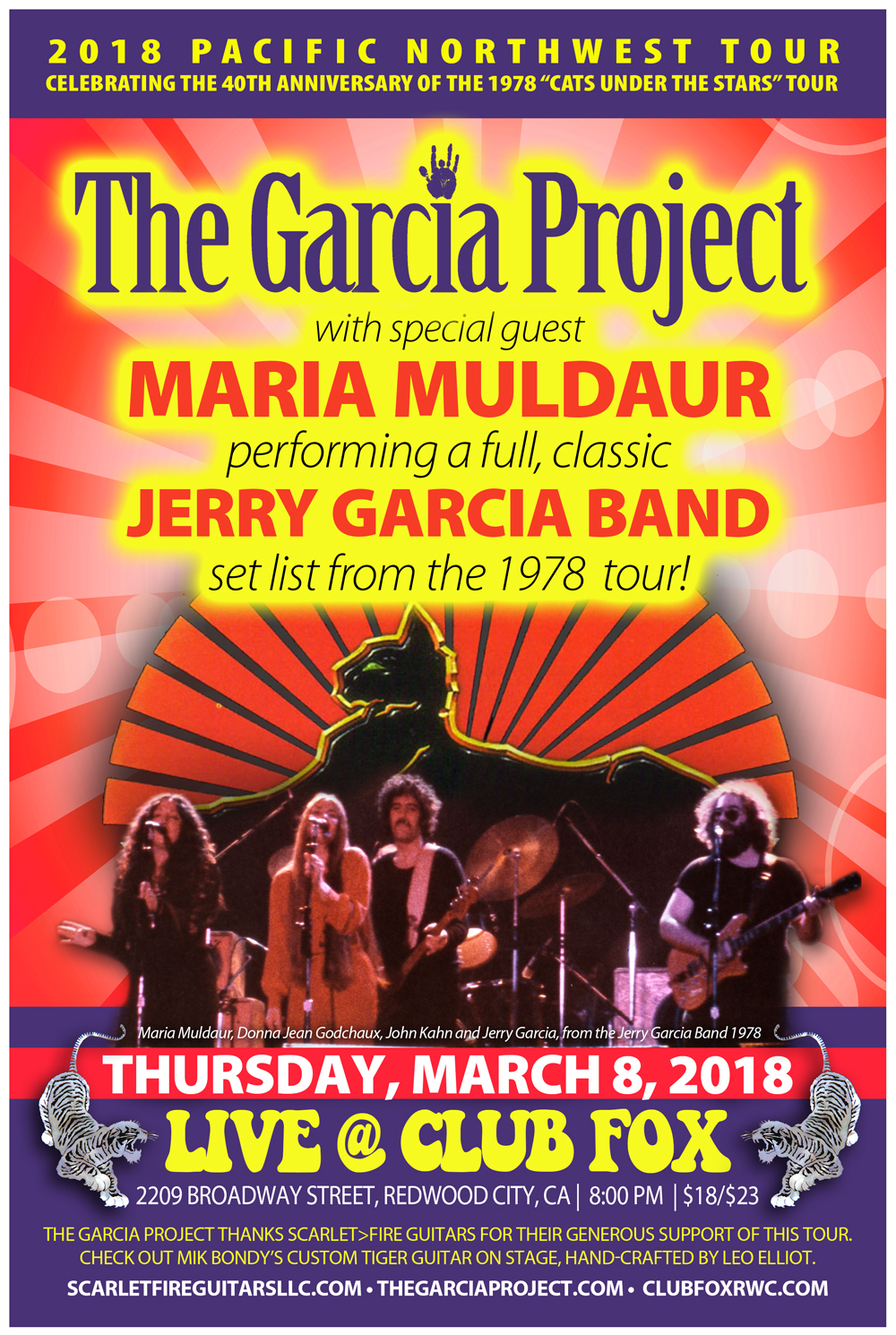 Special Announcement: Maria Muldaur​ to join The Garcia Project​ for a 1978 Jerry Garcia​ Band show recreation - in honor of the 40th Anniversary of the "Cats Under The Stars" tour!

Maria Muldaur will join The Garcia Project on March 8, 2018 at Club Fox in Redwood City, CA for one special night to celebrate the 40th Anniversary of the Jerry Garcia Band’s “Cats Under The Stars” tour from 1978. “Cats Under The Stars” was Jerry Garcia’s favorite album and the tour was filled with great songs and energy. Tickets are available now here: http://www.thegarciaproject.com/tour-dates/

Maria Muldaur will be singing with The Garcia Project’s Kat Walkerson and Mik Bondy (guitar). They will be joined by band members Dan Crea (bass guitar), Bobby Belanger (drums) and Justin Lopes (piano).

Maria Muldaur is best known world-wide for her 1974 mega-hit “Midnight at the Oasis,”which received several Grammy nominations, and enshrined her forever in the hearts of Baby Boomers everywhere. She started recording with Jerry Garcia and sitting in with The Jerry Garcia Band in '74, joining the band officially from fall 1977 through 1978. Maria has recorded over 40 albums, and continues to perform Blues, Jazz, and Gospel both in the States and worldwide.