#128628  by zambiland
Tue Jun 04, 2013 6:21 am
I finally got this rig together. I've had a Showman forever, but it's always been in various states of rebuild. A few weeks ago, I replaced the output transformer with a Mercury Magnetics, for more low end oomph, smoother tone and switchable output impedance. Yesterday, on Craigslist, I found a Sunn 200S speaker. Sadly, it's got only one JBL, but it sounds OK despite that and because of the replacement speaker (and some cosmetic issues), it was only $250. I think I have a line on a K140, so I should be able to get it back up to snuff and sounding good. Last weekend I played the Showman through a pair of JBL 12s and got great reviews for that setup. This should be even better. It's a little weird to go from an amp with thousands of watts into a fEARful to an 85 watt tube amp into an almost 50 year old speaker.

I picked up an Ashdown 2x12" cab (no tweeter) last week and it's heavy as sin and kinda woofy in the midrange, but was cheap and looks nice. I'm tempted to try some Weber Neo Mags in it.
http://www.thegarciaproject.com/
https://www.facebook.com/TheGarciaProject/
Emeritus: http://www.fennario.us

Rusty the Scoob wrote:What were the 12"s in? And do you know if they were Es, Ks, or Ds?

I picked up an Ashdown 2x12" cab (no tweeter) last week and it's heavy as sin and kinda woofy in the midrange, but was cheap and looks nice. I'm tempted to try some Weber Neo Mags in it.

I have a pair of Joe's Speaker and Salami (Yes, that was the name of their company, out of NJ in the 80s) Thiele boxes. They are based on the EV design that was so popular back then, I think Mesa Boogie made some of these.

I have one K120 and and E120. I got a pile of them back in the early 90s after answering an ad in the WantAdvertiser in Boston. Tom Scholz Research and Development was selling 8 of them as they were doing research on a new amp combo and wanted to check out the JBLs. They said they were all blown, so they were $20 apiece, but I found that 1 was blown and 1 was on the way out. Since then, they've all blown and been reconed, but it's nice to have them around.

#128989  by Bassman
Mon Jun 10, 2013 9:45 pm
So what is considered the correct rig to get the Modulus Sound? I guess late 80's through present? I have an Eden WT800C with a Fearless 215(with 6"midrange and a horn). Its a great rig, but a still lacking in the punch and clarity dept. There is an Eden "guy"that recommends an Avalon U5 or if I had the bucks Meyer's SoundLab equalizer and preamp. I do play big rooms now and was wondering what could help in the clarity and punch dept. I usually have the enhance knob around 10 oclock and roll off on the bass and low mids and boost the mids and upper mids. I own a Modulus Q5 with Bart pups and bart preamp. I was wondering about the bass electronics as well. Sorry to hijack the thread. I do love the 70's sound, totally amazing. Alembic bass, preamp and MacIntosh 2300. I appreciate any input and advice.

#128996  by Rusty the Scoob
Tue Jun 11, 2013 8:14 am
The Modulus sound changed tour by tour and night by night IMHO. For me I get closest to the late 80's sound with an SWR-based rig, but the biggest factor by far are soapbar pickups, modern electronics, and the right pick.

(huge thanks to Zambiland for giving me one of these!)

This pick is a little odd to use at first but it gets the absolute perfect attack, and that's really the key IMHO. He used so many basses and changed up his rig but always sounded like Phil, to me as long as you have the pick, any clean bass rig will do and Barts work just fine. I'm not sure which year he switched to EMG, 1991 would be my guess, after the Ken Smith tour. I'm using Barts and an ACG preamp in my 80's/90's Phil bass and getting a killer tone.

Here's the most recent example, and a good one because I had the ACG set about as "flat" as it goes with a little high treble boost. Rig is a GT Tubes pre (identical to Phil's from the late 80's to '95 or so, an SWR design) with the EQ set flat with the Aural Enhance knob at about 40%, into a Crown XLS2500 power amp and an Eden 1x15" and SWR Goliath Jr II 2x10".

(note, I played my Starfire for a few songs and a modded Fender/Warmoth precision for a couple, too. You'll hear which bass is which if you skip around)

Reading your post a little more carefully... I dont' see why you'd be lacking punch or clarity with that rig. If it were me, the first thing I'd do is stop all that EQing and start flat. I don't belive in "dialing in" a tone on a bass rig, it should sound good in most rooms with everything set flat, with the EQ knobs just there to correct for rooms that are unusually boomy or muffly or resonant at one frequency. If you don't like it when it's set at it's neutral setting, it's the wrong amp IMHO.
http://www.thegarciaproject.com/
https://www.facebook.com/TheGarciaProject/
Emeritus: http://www.fennario.us

#128999  by Bassman
Tue Jun 11, 2013 8:51 am
Hey Rusty,
Thanks for the input, yeah hear what you are saying on many levels and thank you for the recordings, sounds great man.
Here is a link for a show we did last year, its with my Q6(barts), its a matrix....its a Dead through time show, I started with a Fender jazz, I switch to the Modulus on Hes Gone. The levels get all crazy half way into the Wheel, our blessed soundman.
It is a good idea to start flat , thanks man.I will try that with the EQ. Just looking at the Mike Gordon rig youtube thing, he now uses software so he can save the settings for each individual venue that he plays. He did say he used to keep his enhance knob at 4 o'clock. I am going to order some picks now.

#129023  by Bassman
Wed Jun 12, 2013 8:45 am
Then of course there are the strings. I would love to stick and stay with Ken Smith Slicks, but over the past year I have gotten 3 or 4 sets with dead sounding B strings and even with a dead E on a couple of those. Thats crazy man. I just recently tried GHS pressure wounds and didn't like them a little "tinny" sounding, they don't have any sort of punch like the Slicks(when they are right). I have had DR Sunbeams, great all around string, because I play in many different situations. It seems like I need a different bass stringed for different genres. I may give the D'Addario Halfs another shot. 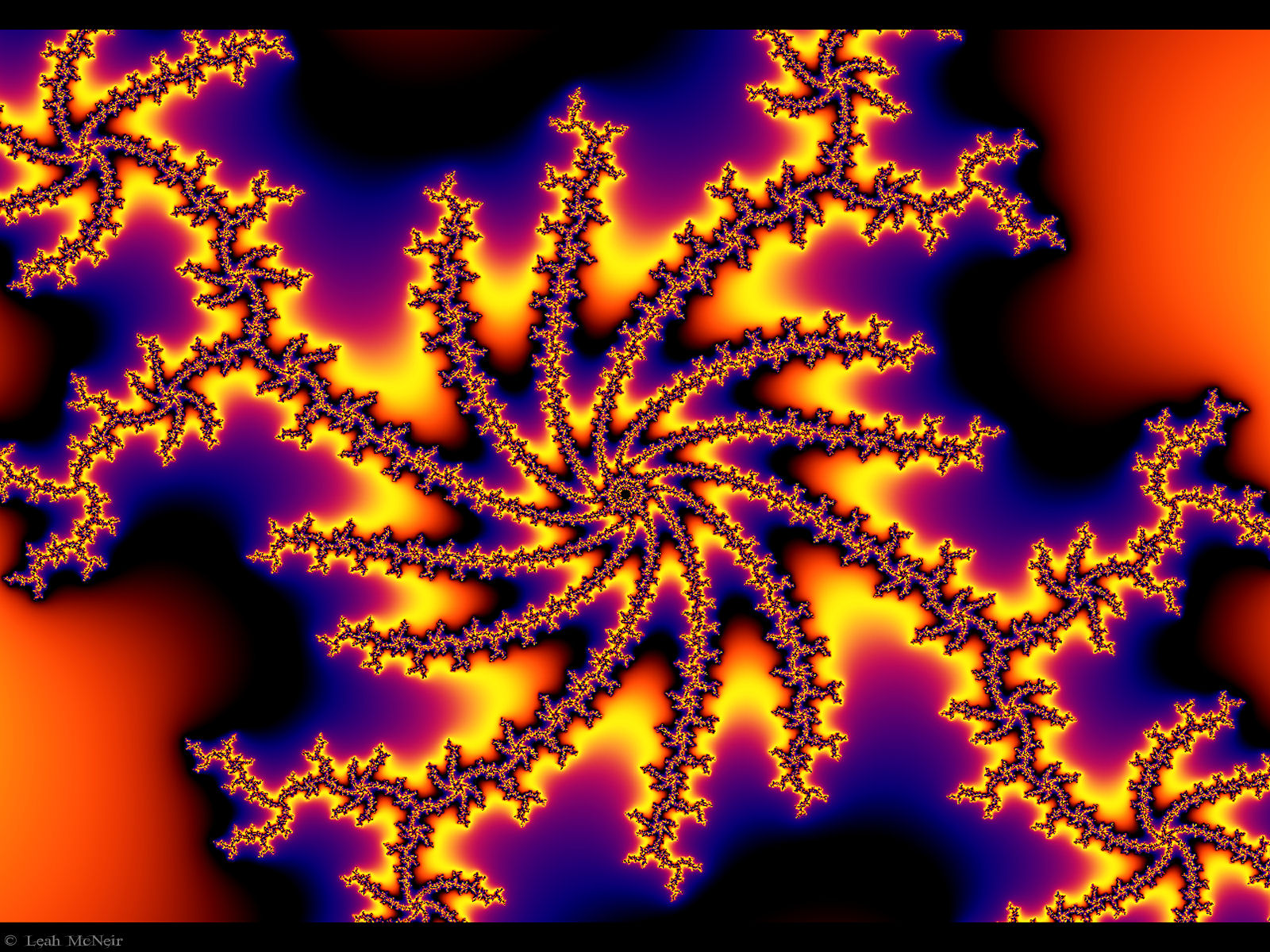 #157425  by Rusty the Scoob
Thu Jul 13, 2017 6:01 am
Traditional Fender EQs are a unique animal, the bass and treble are boost-only and the mids are cut-only. To get it close to flat most people start with 2, 10, and 2 for bass, mid and treble.
http://www.thegarciaproject.com/
https://www.facebook.com/TheGarciaProject/
Emeritus: http://www.fennario.us

#157430  by rugger
Thu Jul 13, 2017 11:04 am
There is a nifty little program called the Tone Stack Calculator that visually shows you the frequency curve as you manipulate the tone settings. I think it's available as a free download.

#157444  by zambiland
Thu Jul 13, 2017 7:16 pm
It's always interesting to go back and forth between my Alembic F2B and Eden Navigator and then listen to recordings off the DI and realize how close my tone is regardless!

zambiland wrote:It's always interesting to go back and forth between my Alembic F2B and Eden Navigator and then listen to recordings off the DI and realize how close my tone is regardless!